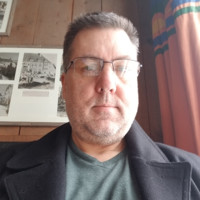 Database Designer and Developer, with over 25+ years of experience across a variety of platforms and systems. Installing and administrating LINUX servers for multiple purposes both large and small scale. Using both waterfall and agile development cycles, along with implementing version control methodologies and systems. Committed to a strong work ethic and discipline while working remotely for over 30 years. Strives to constantly expand knowledge base and keeping informed of new trends and technologies.

The Weather History Reporter is a site for viewing and sharing historical weather observations. I have designed, developed, and maintain this site and administer it's services and cloud systems.
https://weather-reporter.com

itsYOURkin is a place where you can store all of your family photos and ancestry information in one place. You can connect all your photos to people, places and dates and organize them in any number of ways and quickly find that elusive photo you've been looking for. I have designed, developed, and manage this site along with administrating it's servers and cloud servers.
https://www.itsyourkin.com

Coding and maintaining components of their marketing SaaS site. Manage projects and build components in agile slices within a mob programming team.

VenKre Systems was a small web and e-mail hosting for a small base of clients. While running my own webserver, several friends and colleges desired websites too, at some point we just incorporated and hosted their sites. While there is a vision for the company, and a drive to move it forward, we have focused our time in other areas for now.

Developed and maintained all data applications in the organization. Developed and managed external website along with a suite of in-house tools for researchers to manage a large dataset of campaign finance data from all 50 states.

Developed the company's first in-house program enabling phone operators to look up data and grew it into a full-featured website with a large data management system.